What I Learned from My First Book Launch! – Nic LaRue 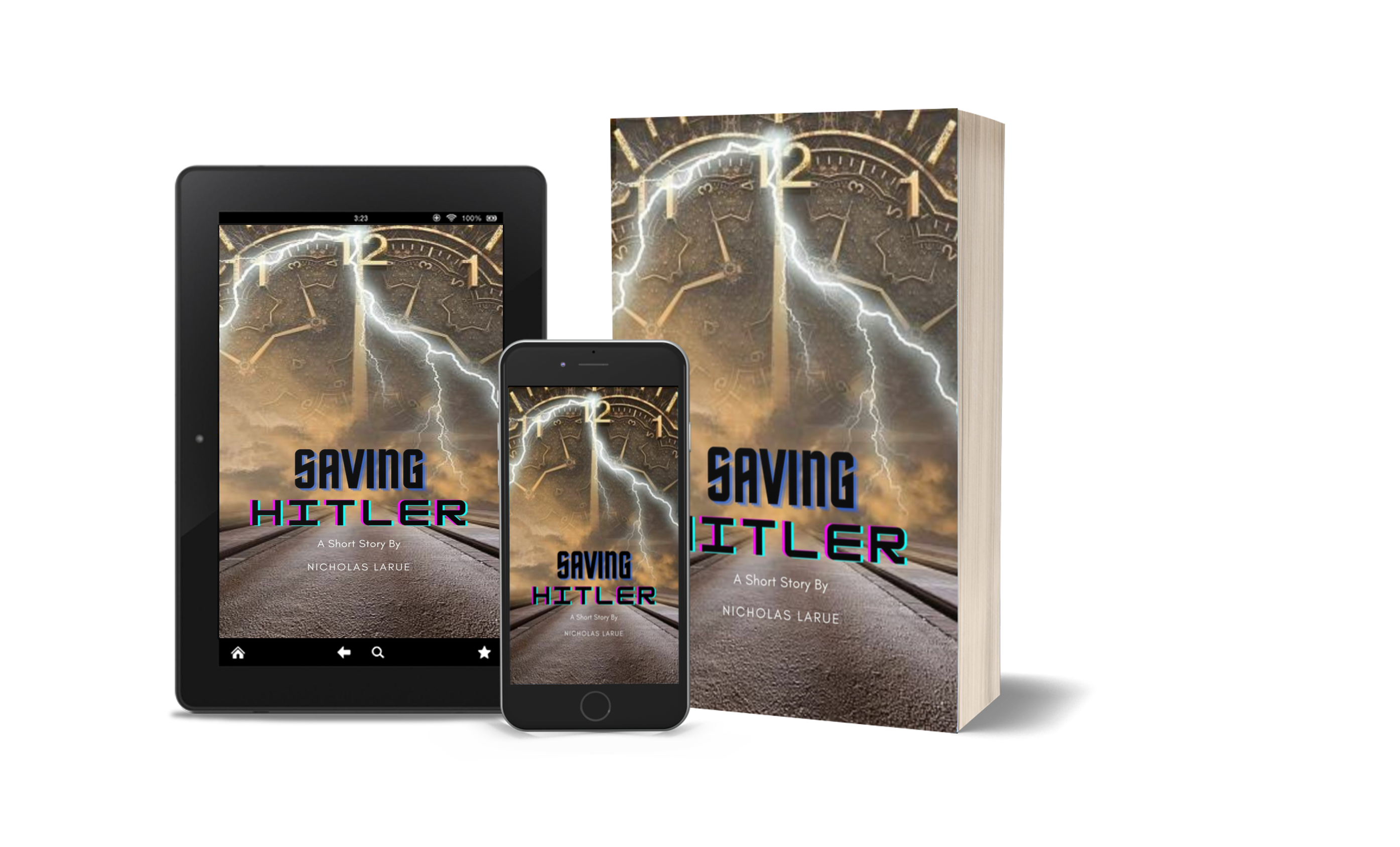 What I Learned from My First Book Launch!

My first book, Saving Hitler has finally launched on Amazon. You can buy it here! As a first-time self-published author, I knew there would be more to the process than just hitting the “Submit” button. There were some things that took me a little by surprise though. Some good, some bad, some just learning curves. I thought it would be a great idea to share some of my experiences with you, in case you might be on the same path I’m on.

Get A Qualified Editor – I used to be the editor-in-chief of a film review website, so I’m not entirely unfortunate when it comes to putting sentences together with proper grammar and spelling (thanks to spellcheck anyway). But that doesn’t mean I’m perfect. As a matter of fact, I learned the hard way writing this book that I’m actually pretty awful with anything over two thousand words. I’m lucky to have a person living with me (my wife) who has a master’s degree in communications with a focus in English, so she was my go-to editor. While I think she did a great job helping me sus out story inconsistencies and some blatant errors, she didn’t catch everything. I also began using AutoCrit to help me with my editing. So, I had a computer and a human looking at my work. Was it enough? Nope! My first reviewer on Amazon after the book launch pointed out stupid errors that probably could have been avoided if I had the money set aside to just spend on a real editor. Lesson learned for sure. You only get to make that first impression once, and they don’t know that you just bought a house and money was tight, they just know that for some reason in one scene your characters hands were bound, and in the next, they were moving about freely. That’s on me, and I was REALLY embarrassed at first. That wasn’t the only error either, but I was adamant to release the book on my birthday. I rushed it. Is that fair to the reader? No. Is it probably going to bite me in the ass when I go to release my next book? Maybe. Is it the end of the world? No, and it’s also fixable since Amazon allows you to upload new versions for your print and ebooks.

Put Money Aside for Marketing – I knew this to be true from my days working with independent filmmakers. I have a background in marketing, but I’ll admit that when you’re the person in the driver’s seat, things can get expensive real fast. I put aside some money for Twitter, Facebook, Instagram, Amazon, and BookBub ads and created campaigns for the pre-release and release of the book. Did they result in actual sales? A little bit, but definitely not as much as I’d hoped. My wife is also the director of social media for an agency in Boston, so I knew the campaigns were created soundly. But we only threw minimal amounts to those campaigns which is probably why the reach wasn’t as good as they could be. This is where being traditionally published really comes in handy, as they have the resources to promote your books properly. More on that in another blog.

Don’t Get Mad at Your Friends and Family – I worked with independent filmmakers for about a decade helping them promote their movies, so you would expect that those people would be interested in helping me when I’m trying to promote something, right? RIGHT? Well, prepare yourself for crickets. It’s not because they don’t like me, or don’t want to support me, but maybe the news hasn’t hit them yet. Or maybe they lost their job during the pandemic and money is tight. Hell, maybe they just felt weird having the title Saving Hitler in their bookcases or Kindle libraries. Whatever the case, I didn’t get the support I expected from them. Also, my family are not what you’d call “readers”, so that rules them out too. I’m sure that everyone is happy for me, and some will go out of their way to let me know. But you can’t get yourself down when you don’t see all your friends, family, and followers on social media scrambling to buy your latest work.

That’s all I’m going to say on the subject for now. I’ll probably add some more blog posts as I go along about my experiences in self-publishing. Hopefully I’ll have more to talk about in the world of traditional publishing as I am currently querying my latest book Down and Down Under and finishing up the first draft of a new novel called Hidden Talent that I also think would be commercially viable.